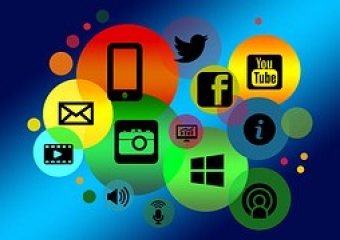 Another great email by George Angus I had to share!

Over the past few months, I have heard about a disturbing number of new instances where someone has lost their job or not gotten a job they applied for because of something they posted online. And this is becoming a more and more disturbing trend.

At Team One, we are always aware that the internet is not a private media. That’s why we try to be sure that our postings stress the core concepts of the Team One process that are positives for the consumer. We always remember that consumers, and others, are reading this stuff.

I make statements about our process like “We use honesty as a strategy” and try to stress that we don’t lie, deceive, or manipulate the customer. And those of you we have trained know that isn't baloney. Our approach truly stresses giving the customer choices, without pressure, deception, or any of the old school tactics that have at their core, the intent to "fool" or “trap” the customer.

And the vast majority of dealers and F&I professionals embrace that philosophy. Today’s standard in F&I is honest, full disclosure, and an open offering of choices. But you might not get that impression from what's out there on the internet.

You know, it might not be so bad if the only ones seeing this stuff were people in the industry. F&I professionals are quickly able to discard unethical or predatory suggestions. The overwhelming majority of them are honest, reliable practitioners of their craft.

But the internet gives anyone with a computer a platform to say anything they want. As a result, unfortunately, the internet is still rife with self-proclaimed “experts” touting “techniques”, (many of them dredged up from 1970’s F&I schools), that are clearly designed to fool or trap consumers into buying products they don’t really want or can’t afford.

Anybody can get on an F&I forum somewhere and starts a thread on something they know will stir the pot, and make outrageous claims about how much money their “techniques” will make. And the BS gets piled higher and deeper.

But what’s even more disturbing is that I get questions from people in the media who tune in to these websites and start to believe some of this nonsense. Some of it even gets published in legitimate publications, without any verifiable evidence to back it up, as though it somehow represents what is really going on in the industry.

If you think it doesn't matter, remember who is listening.

For example, as early as in 2011, Greg Arroyo from F&I and Showroom Magazine did an article titled “What’s My Buy Rate?” that drove home that point.

You can read the article at: http://www.fi-magazine.com/Blog/Done-Deal/Story/2011/09/What-s-My-Buy-Rate.aspx?ref=-20110908&utm_source=Email&utm_medium=Enewsletter

In the article Greg, (who's a straight shooter and an advocate for our industry), relates a conversation with a staff writer for Newsweek where he was asked to comment on a report issued by the Center for Responsible Lending (CRL) that appeared to show that, in 2009, dealers used rate markups to overcharge consumers to the tune of $26 billion.

But the people attacking the industry don’t care if these types of articles are not representative of the industry. It was published, is on the internet, and to the public and the consumer advocates, this is great fuel to attack the F&I industry who, obviously, must be ripping off the public.

You see, they can pull up anything that is published and read every word you say on those chat sites. And they’ll use it against the industry if they can to pass rules to limit your finance reserve and product income.

And who else is watching?

Anyone who wants to.

You can bet the FTC and the Consumer Financial Protection Bureau (CFPB) are digging around the internet looking for “abuses” and “deceptive practices”.

And if you think your forum is “private” or that you are anonymous, think again. Any advanced IT person can crack those “closed” forums, identify and track an IPO identifier, and pull up a map to your street address in 30 seconds.

While going on the web and offering opinions and debating issues is great fun for many and is usually harmless, I suggest you remember two things:

1. Many of the techniques, outrageous claims, suggestions, and stories you read on the internet are just nonsense.

2. The internet is a public forum. And what you say never gets erased. Be sure you want to live forever with anything you say on the internet.

My suggestion is that before you post that next opinion, outrageous claim, tell everyone how you manipulate consumers, or complain about your dealer or managers, you should assume you are talking to:

An attorney general’s investigator
A regulator who wants to eliminate finance reserve
An FTC researcher
A Consumer Financial Protection Bureau researcher
But maybe worst of all, your boss.
Because you very well may be.

I love this article! What do you think?