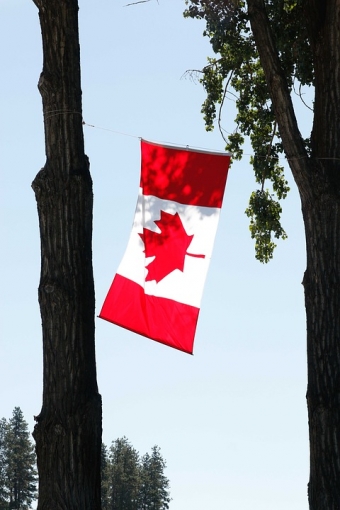 Happy Canada Day!
Hope you are all having an amazing day celebrating our amazing country!

For this week's blog I found some cool Canada facts that I wanted to share! This is an article I found online at http://www.canada-day-events.com/canada-day-history/.
Canada Day History

Canada Day occurs on July 1st, the anniversary of Canada’s confederation. Canadians commemorate the day with parades, fireworks, cookouts, and concerts. The popularity of the holiday has been on the incline since the late 1960’s and has since become a nationwide celebration.

Formerly known as “Dominion Day,” Canada Day marks the anniversary of the Constitution Act of 1867, joining Nova Scotia, New Brunswick, and the Canada province (now Ontario and Quebec) into a single country. The Constitution Act granted Canada a substantial amount of independence from England, although complete independence was not given until 1982. Prior to 1900, there was little Canadian nationalism as many Canadians regarded themselves as British citizens. The first official celebration was held in 1917 to honor Canada’s 50th birthday.

It was not until 1946 that Phileas Cote, a member of the Quebec House of Commons, sent a private member’s bill to rename Dominion Day as Canada Day. The Senate responded by recommending the holiday be named the “National Holiday of Canada.” Since no one could agree on the name, the bill was defeated. The government first recognized Canada Day in 1958 by holding a trooping of the color on Parliament Hill in Ottawa. Canada’s centennial marked the first widespread celebration in 1967. The event promoted nationalism and Canadian pride. The holiday continued to grow in the late 1960’s and many Canada Day events were televised and broadcasted throughout the country. In the 1980’s, the government began funding Canada Day activities in smaller communities. The holiday was finally made official by a unanimous vote on October 27, 1982; the same year that the Canada Act was passed, removing any remaining dependence of Canada on the United Kingdom. While the public had recognized the holiday for decades, this marked a significant change in the magnitude of the celebrations.

In addition to independence from the United Kingdom, Canada Day also marks a number of revolutionary breakthroughs and significant events. The first national radio hookup was initiated by the Canadian National Railway on July 1, 1927. The Canadian Broadcasting Corporation (CBC) held their first cross-country broadcast on Canada Day in 1958. The first color television transmission in Canada was held on July 1st of 1966. In 1967, the Order of Canada was inaugurated. “O Canada” was also named the official national anthem on Canada Day, 1980.

Canada Day is recognized with parades, fireworks, carnivals, outdoor concerts, and festivals. Many Canadians also engage in popular outdoor activities like sports, barbecues, and trips to the beach. The biggest celebration is held in Canada’s capital, Ottawa, Ontario. Events are held in museums and parks across the city. Onlookers can find historical presentations, live music, children’s activities, and sports games throughout the day of July 1st. The festival ends with a grand finale of fireworks over Parliament Hill. The Queen of England is often in attendance.

Canada Day is celebrated in conjunction with the United States’ Independence Day during the International Freedom Festival. Fireworks are shot off over the Detroit River, and residents of Detroit, Michigan and Windsor, Ontario come together in joint-celebration.
Does any of these facts surprise you?
I'm off to enjoy this Canada Day! You should too :)
Until next week,
Denise
Get Our Latest News
For Email Marketing you can trust.